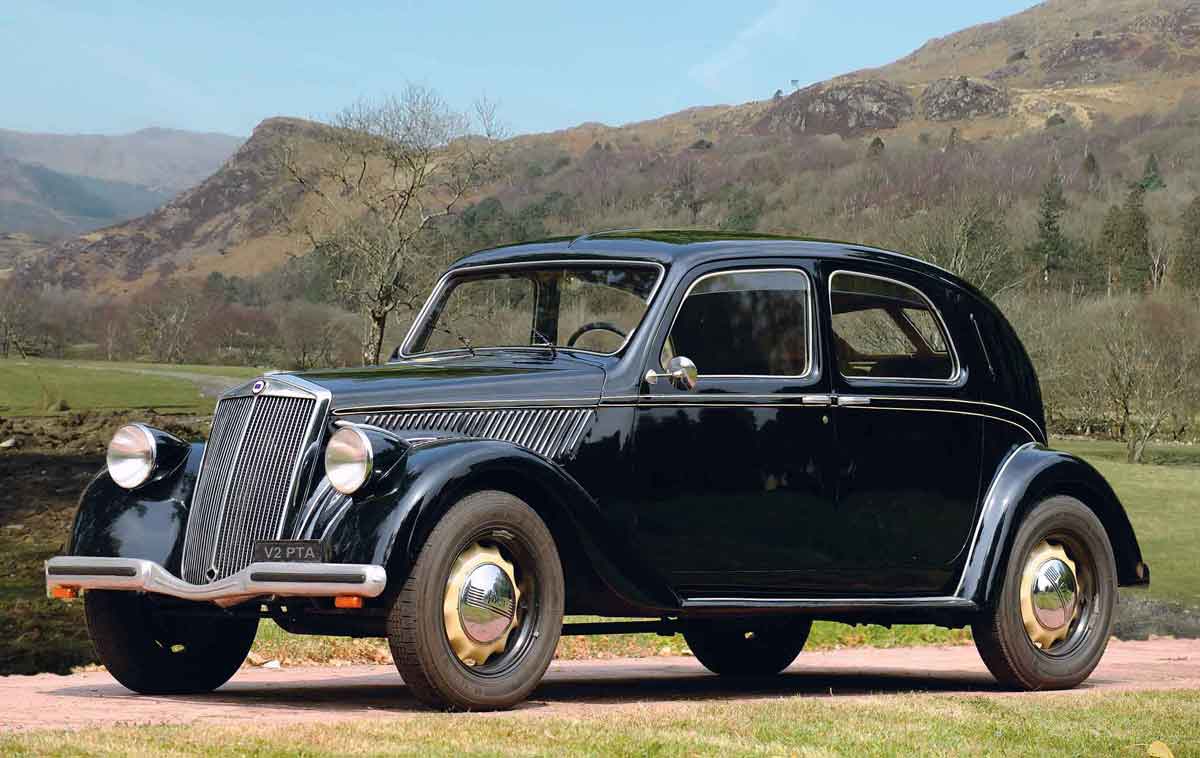 1937 was a momentous year for Lancia. It was the year in which Vincenzo Lancia, the company's founder and chief designer, suffered a heart attack and died. Born in 1881 Lancia had already been a pilot, a racing driver and an engineer, before first working for Fiat and then forming his own company, which by then had developed a serious racing tradition.

It was also the year – and the month – when the Aprilia was launched, the last car that Vincenzo had been responsible for.

In designing the car he had been helped by Battista Farina, the founder of the Pininfarina coach building company, and the Turin Polytechnic University, in reducing the amount of drag of the body shape. This was achieved by using windtunnel tests. These were by no means a new invention – even the Wright brothers had used one, way back in 1901 – but this was the first time that tests like these had been used to shape a car body.

To a modern eye the Aprila may not look terribly sleek but the fact is that the shape of the rear end made it aerodynamically very efficient. This didn't have a great deal of effect on the top speed of the car, but it certainly assisted in reducing fuel consumption to around 25 miles per gallon.

The first series had a 1350 cc V4 engine producing 47 brake horsepower which gave a top speed of up to 80 mph with acceleration of nought to 60 within a sedately 26 seconds, and a second series featuring a 1500 cc engine giving 48 brake horsepower was introduced in 1939.

An unusual feature of the Arilia was that the doors had no pillars! The front doors were hinged at the front, the rear ones at the rear, and they met and clicked together in the middle! This somewhat strange arrangement meant that opening one of the front ones also opened the corresponding rear one, and vice versa. This made it much easier for occupants to get in and out of the car but it cannot have been popular with everyone.

From 1937 onwards some Aprilias were manufactured in France; these were called Lancia Ardennes and were virtually identical to the Italian manufactured cars but they didn't sell terribly well, partly because of competition from the cheaper Citroen Traction Avant and partly because of political tensions over the coming war.

Eventually around 10,000 of the first series were sold, as well as about 18,000 of the second series before production came to an end in 1949. Whilst these were substantial numbers for Lancia it should be borne in mind that between 1934 and 1957 about 760,000 Citroen Traction Avants were made. Lancia was still very much a small-scale manufacturer, compared to many others.