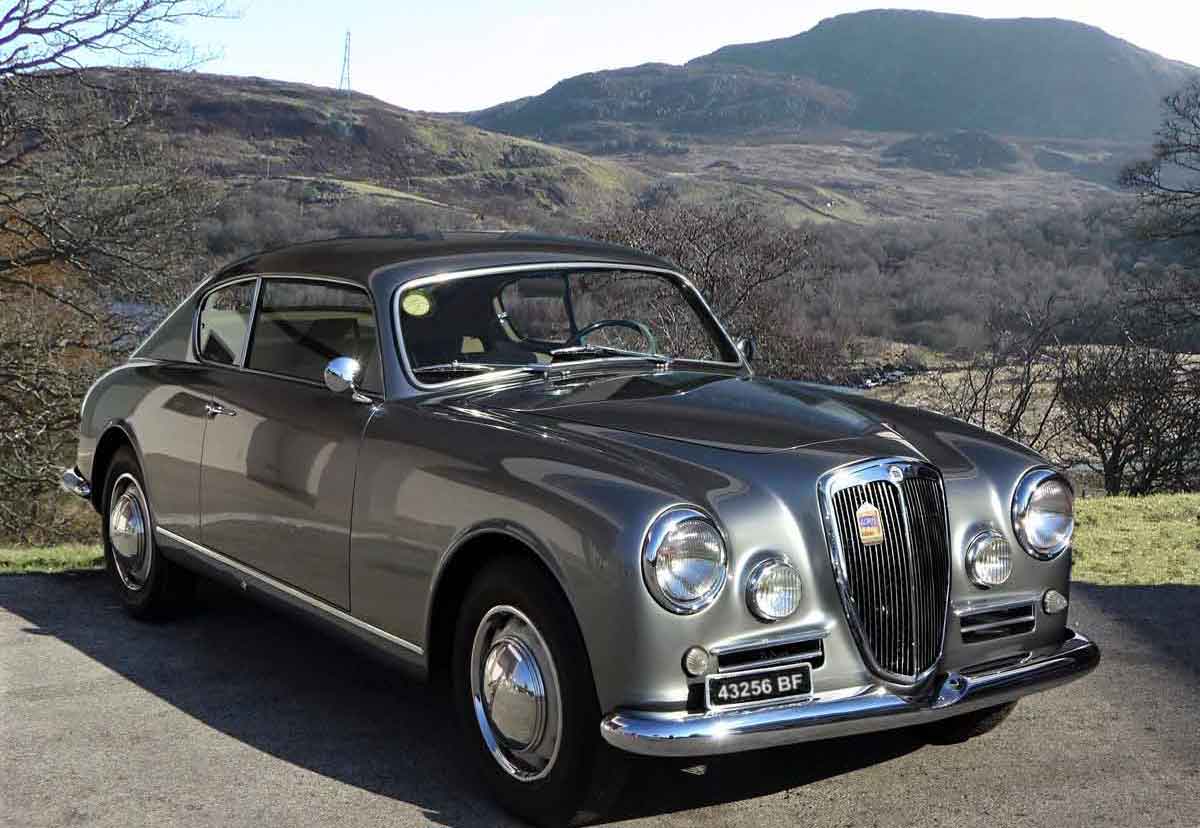 The death of Vincenzo Lancia, the company's founder and chief designer, in 1937 left a sizeable hole but his widow Adele, and son Gianni were determined to carry on with the business. However they needed a talented designer. An engineer named Vittorio Jano was about to resign from Alfa Romeo and they persuaded him to join them to work in their heavy truck department.

World War II put a stop to development and production was disrupted by the occupation. Officially any work on projects to be commenced after the war were banned, but Jano continued with car designs, including what was to become the first production V-6 engine.

After the war a new tradition started in Lancia; cars were to be named after prominent Roman roads. The Aurelia (otherwise known as the B10), which was first launched in 1951, was named after the Via Aurelia, an ancient road between Rome and Pisa; and it was the first car to be powered by Jan's revolutionary V-6 engine, initially an 1800 cc plant producing 75 brake horsepower. Apart from the engine another innovation was the use of radial tyres, which gave far better roadholding and tyre wear than the previous cross plies. Yet again Lancia was showing the way forward.

Around 500 of the first series cars were built and there were five further series before production ended in 1958. The most popular series however was the B20 GT which was brought out in 1955. This coupe was reckoned to be the world's first GT (Gran Turismo) thanks mainly to Pinninfarina who designed the beautiful bodywork and gave a hint of the artistic designs that were to come in the future.

Beautiful though the outside of the B20 GT was, the interior could only be described as sparse, at best; there was even a column gearchange, which was hardly sporting. No less a connoisseur than Juan Manuel Fangio loved it however; he described driving it as 'truly invigorating'. By the time production ended a total of about 18,000 had been built.

1955 was not a good year for Lancia however. Firstly they were in financial difficulties and were forced to get a subsidy from the Italian government. Perhaps worse, their popular racing driver Alberto Ascari, who had been given special dispensation to race at Monza in a Ferrari, was killed on a test drive when his car skidded and cartwheeled. Ascari was thrown clear but died a few moments later. A few days earlier he had narrowly escaped death when his car hurtled off the track at the Monaco Grand Prix and straight into the sea; the car sank immediately and it was several seconds before he appeared on the surface.

A few days after his funeral Lancia gave up racing. The racing team, and any remaining spare parts were handed over to Ferrari and Jano followed not long afterwards.

Jano himself suffered tragedy 10 years later when he committed suicide after losing his son, and being stricken with ill-health.