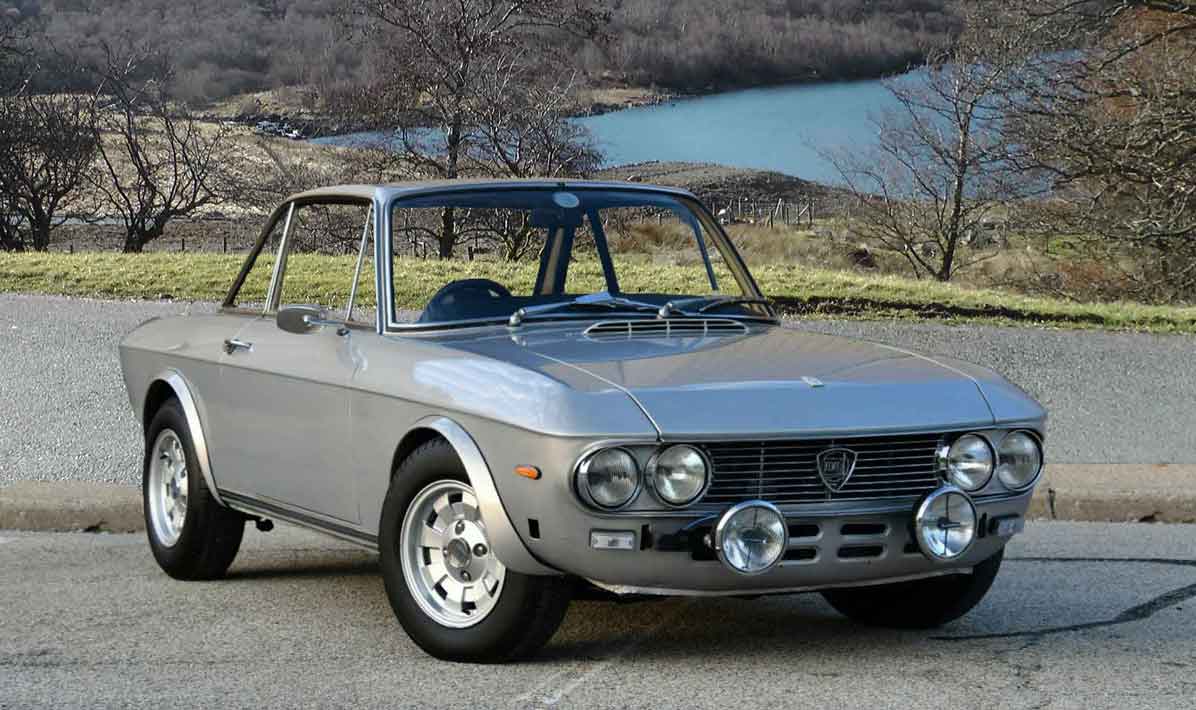 By 1956 Lancia was in deep trouble. Financial problems were mounting. Part of this was down to poor cost control which meant that their cars were often uncompetitive pricewise; and Alfa Romeo were gradually eating into their market. They had given up racing and their chief designer had left to go to Ferrari. It was time for the family to move on and do other things, so in 1956 the business was sold to a real estate investor called Carlo Pesenti.

Before that however they had recruited Professor Antonio Fessia, a senior engineer from Fiat, as technical director, to try to bring some order to a company which was in danger of spiralling out of control.

Fessia improve both cost and quality controls, and by 1963 he brought out the Fulvia; named, as per the Lancia tradition, after yet another Roman road, the one between Turin and Tortana.

This was a somewhat boxy and, to some, unattractive car but appearance belied it's abilities. It's relatively small V4 1100 cc engine was revvy with plenty of poke; and with front wheel drive, transverse leaf spring front suspension and four-wheel disc brakes, steering was precise, handling superb, roadholding excellent. This was a car which was perfect for rallying.

Between its launch in 1963 and the end of production in 1976 the Fulvia went through a bewildering list of series, models, and upgrades but they all shared the same characteristic; let loose on a fast twisty road they were in their element and there was little else that could touch them for nimbleness. It was no surprise whatsoever that the Lancia works team won the International Championship for Manufacturers in 1972; this was a series of nine rallies and a Fulvia 1.6 Coupe HF, which benefited from aluminium bodywork and Plexiglas windows, took top spot, in front of Fiat and Porsche.

Throughout the 13 years that the Fulvia stayed in production it remained a serious competitor on the rally circuit. Having pulled out of Formula One racing in 1955, the Fulvia put Lancia firmly back on the race track, winning every Italian Rally Championship between 1965 and 1973 and private owners had several notable successes in international endurance races.

Sadly Fulvia didn't live to share in all of these successes; he died in 1968 after a long illness.