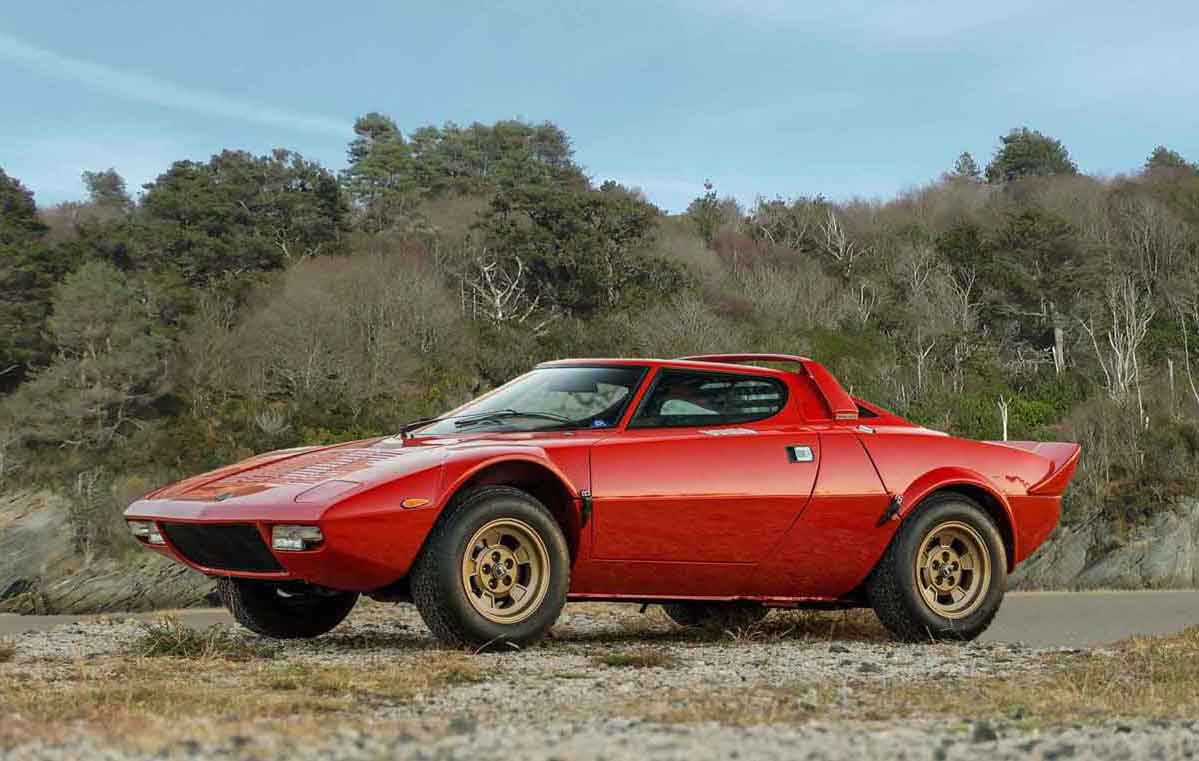 By the late 1960s Lancia's successful Fulvia was still winning rallies but was getting a little aged. By 1969 the company had yet again run into financial difficulties and been taken over by Fiat, who felt that it was time for a replacement to be considered.

A similar thought was going through the mind of Giuseppe Bertone, the head of the Bertone styling house. Lancia had traditionally relied upon Pinninfarina for design work and Bertone wanted to replace them so he took a Fulvia which belonged to one of his friends, fitted a redesigned body to it and drove it to the Lancia factory gates where it passed easily under the barrier. His proposal to cooperate with Lancia in building the ultimate sports/rally car with the help of his chief designer Marcello Gandini (who had worked on Lamborghini's Countach and Miura) was accepted.

This was a car designed from scratch for rallying, and designed to cope with the toughest conditions that could be thrown at it. It was completely uncompromising; cramped, noisy, stifling, uncomfortable and difficult to drive, particularly in inexperienced hands, it was nevertheless popular with racing crews and racing fans who love to see it in action.

It had a fibreglass wedge shaped shell and wraparound windows which resembled the visor of a crash helmet. Consequently it was once described as looking as though it had fallen from the stratosphere; hence it was given the name 'Stratos'. Vision to the front was superb; to the rear it was practically non-existent but then this was a car designed to stay in front of the pack.

By the time of it's public launch it was powered by a 2.5 litre Ferrari V-6 engine producing 280 brake horsepower; Enzio Ferrari was reluctant to provide this engine at first because he did not want to assist the possible rival to his own Dino V6 but he eventually agreed to provide the 500 engines for the 500 road going cars that Lancia had to manufacture in order to comply with race regulations. These were detuned to produce 190 brake horsepower but the cars were not put together as well as they could have been and quite a few of them were wrecked by enthusiastic amateurs who thought that they were better drivers than they in fact were.

The Stratos was entered for the World Rally Championship and took first place three years running. In 1975 it won the Swedish Rally, skating over snow and ice; and then to show that it was not only a cold weather car it won the East African Safari Rally despite the dust and heat!

Production came to an end in 1978, by which time just under 500 Stratos had been built and surviving examples (lots of them werewrecked, remember!) in good condition are highly collectable and very valuable.